Does Science Argue For or Against God?

Video: Does Science Argue For or Against God?

Probability of the Universe in Coin Flips

What about getting struck by lightning?

What about winning the lottery?

I realize that these numbers are beginning to not make sense for most people. After all, how can any of us even fathom just how impossible it is to achieve 100 heads in a row with a 50/50 chance per coin flip? It is essentially impossible, but stay with me.

It's a 9 with 301 zeros before it. Definitely impossible, considering the impossibility of even obtaining 100 heads in a row just one time.

What about 1 million heads in a row?

Most calculators cannot even calculate this tiny number. Now, let's explore the possibility of the universe existing in terms of coin flips.

Probability of the Universe Existing in Coin Flips

Now let's consider the probability of the universe existing. How many heads in a row would be needed to equal this probability?

So, is the probability of the universe equal to 1,000 coin flips of heads?

Is the probability of the universe 1 million coin flips of heads?

Is the probability of the universe 1 billion coin flips of heads?

The probability of the universe existing with life is more than:

It means it's impossible. It means that the universe itself should not even exist with life. Yet here we are, against all impossibilities.

Imagine taking the roughly 220 tiny parts of a Swiss-made watch (non-assembled), then throwing them up in the air and having them land on the ground assembled, working, and keeping perfect time. 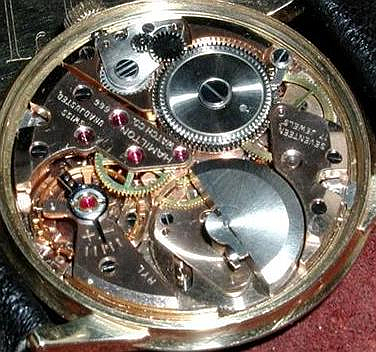 That's because it is impossible, yet this is more possible than the existence of the universe with life. Scientists who propose that Intelligent Design is the only logical conclusion to these facts are arguing that, if it requires "conscious thought" to put together something so detailed like a Swiss watch, then how much more for the universe? A Swiss watch cannot be made by random forces, yet the universe is significantly larger and significantly more fine-tuned than a Swiss watch.

Christopher Hitches, renowned Atheist, admitted that, "Without question the fine-tuning [Intelligent Design] argument is the most powerful argument of the other side."

Fred Hoyle, an Astronomer, said, "My atheism was greatly shaken by these developments."

Dr. John Lennox, Professor of Mathematics at Oxford University, said, "The more we get to know about our universe, the more the hypothesis that there is a Creator gains in credibility as the best explanation of why we are here."

Why Doesn't Science Admit there Has to Be a God?

Given the overwhelming impossibility of the universe, why doesn't science finally admit that there HAS to be a Creator? This is the only logical conclusion, and it goes against common sense to deny these facts.

At what point do we finally admit that random chance could not have produced the universe, let alone life?

Well, actually science is not the problem. People are. Have you every been around a group of people (maybe at work) who voted for the "other" presidential candidate? Or have you ever been in any situation where you disagreed on a subject that everyone else agreed on?

You were ostracized. You were an outcast. People didn't talk to you, or they didn't eat with you. The stronger the view on a subject, the more hostile people are when you oppose that view.

During presidential elections, it is not uncommon to hear people say, "If you vote for the other candidate, then I can't even look at you the same anymore."

And, in fact, this is exactly what happens in the scientific community for those who decide that the only logical conclusion is that there must be a Creator. For a long time, it has been widely accepted that being a real scientist equates to believing there is no God. This has been the norm for a very long time, and anyone who challenges this norm is shunned.

If someone believes in Intelligent Design, then other scientists immediately scoff, saying, "Then you aren't a real scientist. No real scientist would believe in God."

Socially-speaking, the validity of a scientist is largely based on this crucial point of whether or not they believe in something, rather than on their education and research.

The case against God is not one of science, but rather a case of norms and customs, especially since science increasingly proves there is a God.

"For the invisible things of him since the creation of the world are clearly seen, being perceived through the things that are made, even his everlasting power and divinity; that they may be without excuse." (Romans 1:20 WEB)

Enjoy this message? Subscribe to Weekly Sermon to receive an educational message every week.

← Back to Evidence-Based Faith from Does Science Argue For or Against God?

← Back to Christian Questions and Answers from Does Science Argue For or Against God?